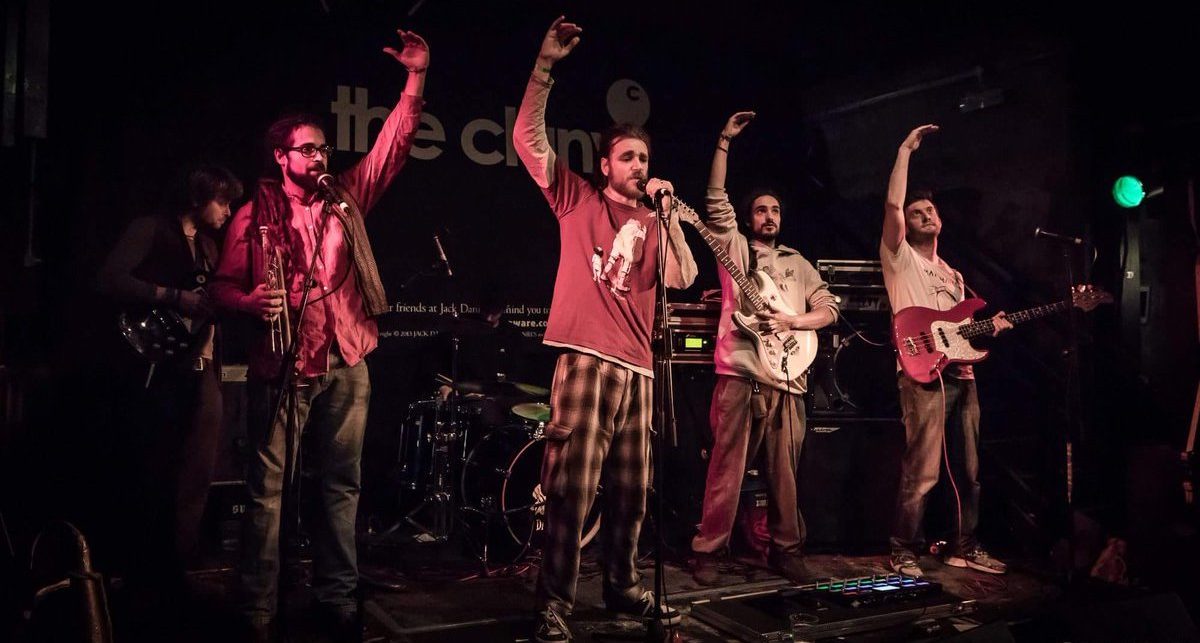 In an unknown time, on an unknown planet, a hairy egg was pulsating. That mysterious egg was brought to earth by bemused astronauts and incubated in a top secret warehouse.

When the egg hatched, a new kind of music spilled out and six musicians emerged. The whippet beans had arrived on earth, armed with hundreds of songs, mixing a ton of genres and singing about things the earthlings had never heard before.

Within a few years the whippet beans were travelling the globe spreading joy, instigating new ways of dancing, and delivering their message of fun and rebellion.

“Ever wondered what a Geordie, musical version of Monty Python would sound like?…”
– NARC Magazine

“The whippet beans had the whole crowd moving with their mischief-making infectious tunes. They’re a rag tag of funky funsters that playfully belted out cheeky tunes that had the crowd grinning while they danced.”
– NE Volume Magazine

“Let the revolution be loud and fun!”
– Soft Mick of Soft Mick and the bean bags